Solo Female Traveling and Working In the Middle East: What You Should Expect!

gurvi-movement.com / Expat  / Solo Female Traveling and Working In the Middle East: What You Should Expect! 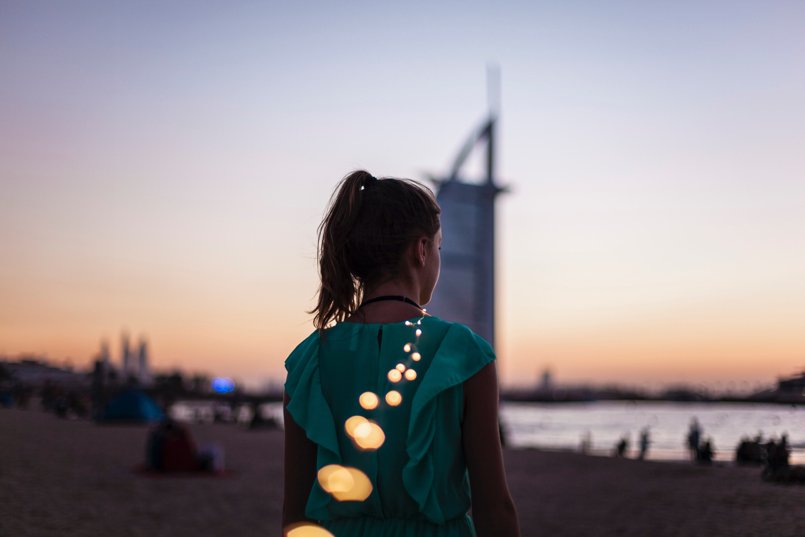 Solo Female Traveling and Working In the Middle East: What You Should Expect!

Back in 2010 moving to the Middle East seemed like a crazy and impossible thing, all at once.

Coming from Latin America, those distant dunes seemed further away to reach than any other place I had ever imagined. So, when I finally got a call saying I had been hired by an airline I had never heard of, to go live in a city I had only seen in magazines, I was shocked.

Let me tell you, though… I was shocked; but for some reason, I was not surprised.

I had always felt a pull towards it Dubai, even if solo female traveling was not something that we were accustomed to seeing at the time in my home country, Uruguay.

So that is how a trip that was supposed to last only 6 months, ended up becoming a wonderful ten-year-long adventure and by working in the Middle East; I became a solo female traveler!

And, of course, one of the main reasons for that was: Dubai is a pretty interesting place to live in.

If you’re thinking of moving to the Middle East, and Dubai is your top choice, allow me to tell you about my expatriate life in Dubai (and give you a little insight and info). ✅ 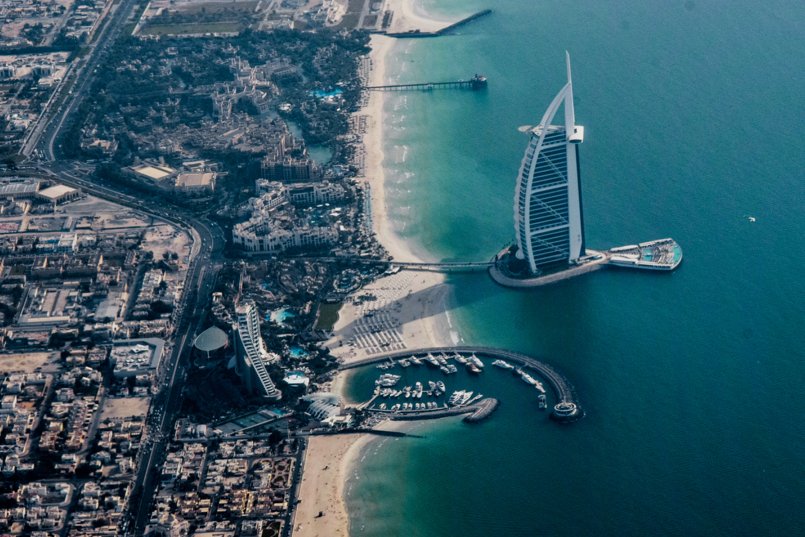 Life of an Expat Woman in the Middle East: What to expect?

The mix of cultures, along with the opulent skyscrapers and Arabic architecture, makes it flashy and amazingly fascinating. You can imagine having been born in a tiny country in South America and grown up in a small town in New Jersey, your girl was captivated by all those blinding lights!

There were many things that are done differently there due to the difference in culture and religion:

It was all so surreal, but it quickly became part of my everyday life. So much so, that I still feel uncomfortable any time I see two people kissing on the street!

Some of these rules changed.

A month ago, the UAE decided to soften its laws in order to be more accommodating to foreigners. This goes in line with their Year of Tolerance philosophy they have been promoting since 2019.

The pandemic just brought forward something that was already in transition, so that’s great news! 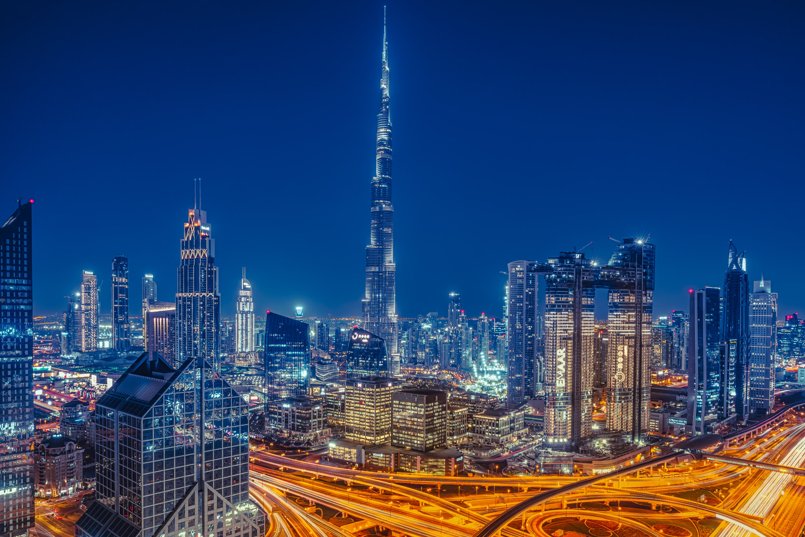 Skyscapers by night in Dubai, United-Arab-Emirates (one of the best middle eastern countries to visit) | @ ZQ Lee

One of the first things I remember thinking was how insanely beautiful and flashy Middle Eastern girls and women were.

Emirati girls take their attire and their makeup super seriously, and every time I walked through Dubai Mall, I was mesmerized by how they could turn an all-black tunic into a wonderfully glamorous attire.

Middle Eastern men are also quite interesting. They have this mysterious thing about them. Personally, I found them to be of the most generous people I have ever met.

And that is mainly because Arabic hospitality is no joke! They will roll out the red carpet for you if necessary! These guys are welcoming and kind, and overcome their shyness once you get to know them.

Emiratis are warm people and they can also be modest and quiet.

They tend to keep to themselves, but If you do approach them and tell them you want to learn about their religion or customs they are very flattered and are 100% up to the task.

You will try the best food and see the most beautiful places they can show you.

It’s like there is a collective shyness, and a need to be protective of their values and each other, which is quite humbling.

The reality of being a woman alone in Dubai

Something about Dubai a lot of people are always shocked to hear is: it is so safe and such a great place for solo female traveling!

I was very much part of the Dubai Expat culture, I did my own thing and no one ever bothered me. I wore whatever clothes I wanted to wear, did not need to cover my hair, and listened to whatever music I liked.

Can women drive in Dubai?

Yes, people! Women can drive in Dubai. I bought my first car and learned how to drive while working in the Middle East, who would have thought?! 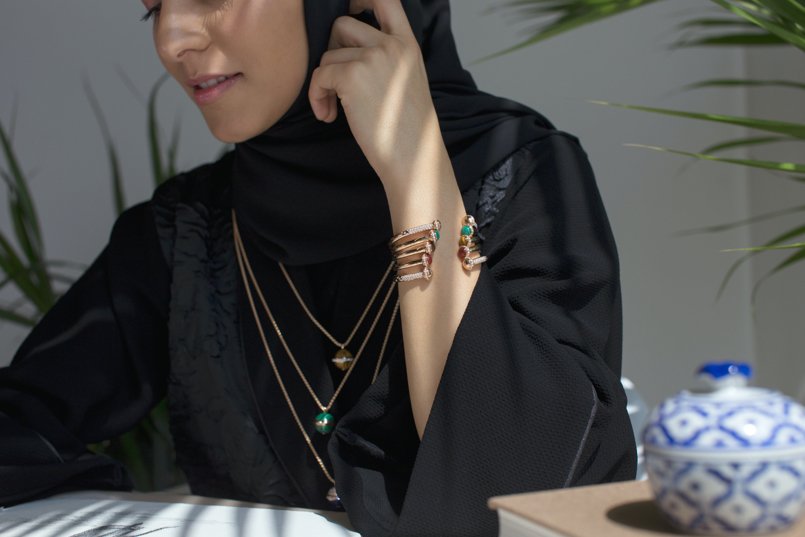 Working Girl: What’s working life for women in the Middle East like?

Working for a global company

Work on the other hand… now that was a ten-year-long rollercoaster of experiences!

I loved it, hated it, loved it again, and hated it to the point where I almost didn’t care anymore about my professional career: I just did my job and went home to focus on other things.

Personally, I don’t think this had anything to do with the Middle East, since it is very cosmopolitan; they know how to work with different cultures.

For me, it had more to do with the fact I was working for a super large company. 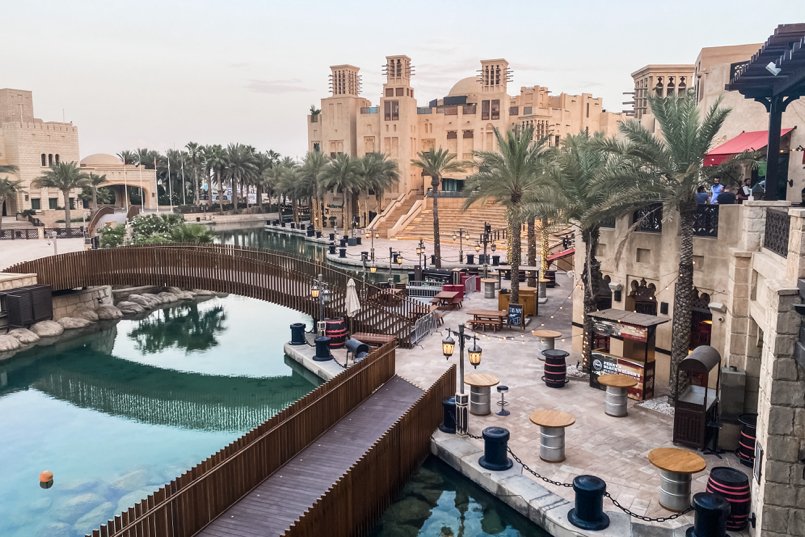 When it came to working with certain nationalities, I did experience a few situations in
which men wanted to undermine me (or my authority, when I got to a managerial
position). You could tell that the reason for that was probably cultural.

But coming from a long line of strong, stubborn, and resilient Latin women, I tried to
adapt while always standing my ground.

The funny thing is…I never EVER got in trouble for that!

On the contrary, most men who I confronted seemed surprised and even pleased to talk to someone who spoke their mind.

Of course, there are always exceptions; sexism unfortunately still exists, in every country and every culture.

In order to live and work legally in Dubai: you need a residency visa.

If you are hired by a Dubai company, you will be “sponsored” by them, which means you are their responsibility; their company’s name will be on the visa stamped on your passport.

Last month, there was an announcement about a new visa for digital nomads, which is affordable and easy to get.

The only catch is: if you have your own business, you need to make over US$5000 per month, and have to prove that you’ve had your business for more than a year.

If you work remotely for a company, though, you need a letter from them stating that you are their employee.

Living costs in Dubai are high compared to other popular expat spots (I used to spend US$200 to US$350 for food per week), and the reason for this is: most goods are imported.

Remember: you’d be living in the desert!

Regarding housing; prices have gone way down after the pandemic.

You can get a one-bedroom or studio apartment for US$10,000 per year, depending on the area where you want to live in. Prices are usually much higher, but the current global situation has obviously affected Dubai’s economy, as it has the entire world’s.

The reason I’m giving you a yearly price is because: apartments are paid per year, you can divide rent in cheques, (some landlords allow for 12 of them, but that is also a collateral effect of the pandemic). 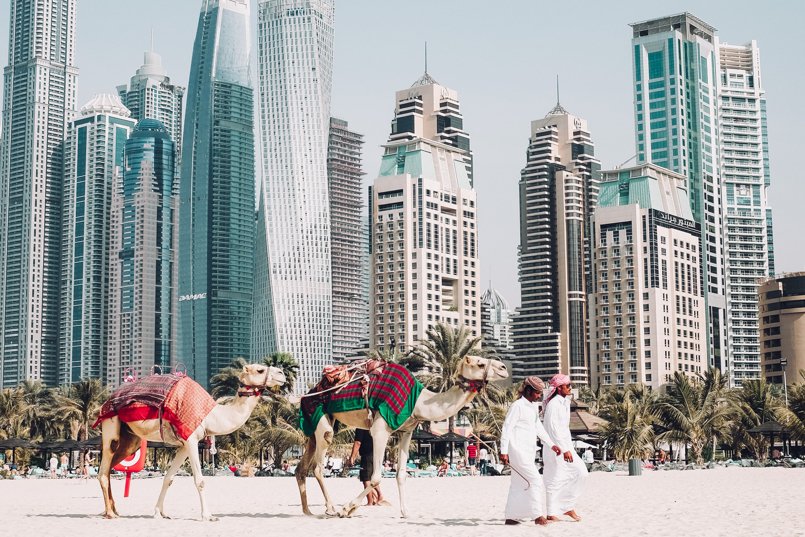 Middle Eastern males with their camels on the beach in Dubai, United Arab Emirates  | @ Fredrik Öhlander

Do I recommend living in Dubai as a woman?

Absolutely! Moving to Dubai was one of the best decisions of my life.

Leaving the company I was working for there, however, was probably one of the best things that ended up happening to me as well. An oxymoron at its finest!

I did have my reservations before moving and prejudged in the beginning, but what I take from this insanely wonderful experience is: don’t judge and try things out for yourself! Everyone’s experience is different.

Living in the Middle East as a single, working woman, only brought out skills I didn’t even know I had in me. It made me more patient, empathetic, and appreciative of the beauty of getting to know and interact with different cultures.

What “unthinkable” places in the world would you consider moving to?

Interested in becoming a solo female traveling and working in the Middle East, an expat or a digital nomad?

Check out our ” Become a Digital Nomad” 1:1 Online Course or contact Gurvi Movement.

Veronica is a Digital Marketing Analyst & Social Media Strategist, she runs her own bilingual Digital Marketing Agency – Mindful Nomad. She is currently a digital nomad, spending time in her native Uruguay, Dubai and anywhere else that has good food, beautiful scenery and a high-speed Wi-Fi connection!

Our goal is to empower women in the tech industry and entrepreneurship. We offer hands-on online courses, led by top female mentors, in Online Business, UX UI Design, Project Management, on how to break free from the 9-to-5 lifestyle and turn you into your own boss. And, (very important 🙌), we strongly promote the value of diversity, inclusion and equity in tech. 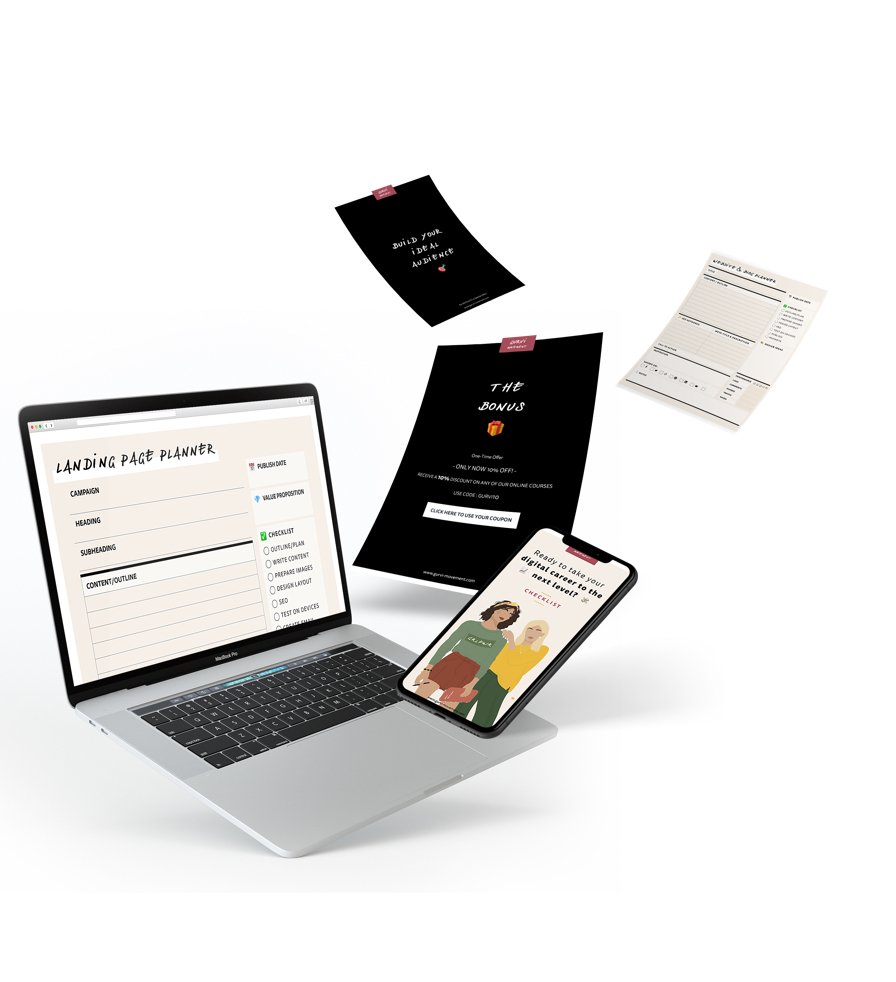 Sign up and receive a
FREE 11-page guide to take your digital career to the next level. ✨

We use cookies on our website to give you the most relevant experience by remembering your preferences and repeat visits. By clicking “Accept”, you consent to the use of ALL the cookies.
Cookie settingsACCEPT
Manage consent

This website uses cookies to improve your experience while you navigate through the website. Out of these, the cookies that are categorized as necessary are stored on your browser as they are essential for the working of basic functionalities of the website. We also use third-party cookies that help us analyze and understand how you use this website. These cookies will be stored in your browser only with your consent. You also have the option to opt-out of these cookies. But opting out of some of these cookies may affect your browsing experience.
Necessary Always Enabled
Necessary cookies are absolutely essential for the website to function properly. This category only includes cookies that ensures basic functionalities and security features of the website. These cookies do not store any personal information.
Non-necessary
Any cookies that may not be particularly necessary for the website to function and is used specifically to collect user personal data via analytics, ads, other embedded contents are termed as non-necessary cookies. It is mandatory to procure user consent prior to running these cookies on your website.
SAVE & ACCEPT